THE 12TH OFFICIAL MEETING OF THE IPARD II PROGRAMME MONITORING COMMITTEE WAS HELD ON 25th OF NOVEMBER, 2021.

12th Official Meeting of the IPARD II Programme Monitoring Committee organized within the scope of the Instrument for Instrument for Pre-Accession Assistance-Rural Development- IPARD was held via video conference under the chairmanship of Ayse Aysin ISIKGECE, Deputy Minister of the Ministry of Agriculture and Forestry.

In her inauguration speech Mrs. Isikgece stated that: "As the ministry, we are working continuously for farmers and producers, producing projects to solve farmers' problems, and we know that the IPARD Program is very important in this context. As of November 2021, about 397 Million Euros (EU + TR Contribution) have been paid in the IPARD II Programme. About 297 million Euros of this amount was funded by the EU. We are about to reach the final result of our IPARD III Programme preparation studies covering the period 2021-2027. In addition, the “Green Reconciliation Action Plan” was published in the Official Gazette and duties were assigned to our Ministry in this action plan, and the European Green Reconciliation strategy was adopted in the preparation of the IPARD III Programme." Mrs. Isikgece expressed that, within the scope of LEADER studies, there are 50 Local Action Groups (LAGs) established at local level in 12 IPARD provinces and to popularize the LEADER approach, 60 more Local Action Groups were established in 15 provinces within the scope of the project on “Awareness raising, capacity building and preparation of Local Development Strategies (LDS) for New Local Action Groups”; and that draft LDS's have been prepared and the number of LAGs will be increased more
. She also stated that within the scope of the IPARD III Programme, biodiversity sub-measures will be implemented under the Agricultural-Environment measure in order to raise awareness of our farmers by having them make environmentally friendly practices in their own lands; that the "Consulting Services" measure will also be implemented, and that the contracts to be concluded with the beneficiaries in the new Program will be made in Euro currency
. Mrs. Isikgece concluded her speech by saying, "We are about to complete the IPARD II Programme. The IPARD III Programme has been sent to the Commission by the Management Authority. However, the 430 million Euro IPARD III Programme budget for us foreseen and declared by the Commission will be insufficient as we have stated before." At the meeting, informing about HR member changes, checking the meeting quorum and approving the Agenda, adoption of the minutes of the previous 11th IPARD II Monitoring Committee meeting were unanimously approved by the members of the Monitoring Committee. Mr. Marius Lazdinis, the Deputy Head of Department from the EU Commission and Mr. Krzysztof Sulima, IPARD Turkey Officer delivered their speeches at the meeting
. Deputy General Director of Agricultural Reform-Chairman of IPARD Management Authority Dr Osman Yildiz, Deputy Chairman of the Agriculture and Rural Development Support Institution Dr Muhammed Adak, Head of Financial Cooperation Andre Lys from EU Delegation to Turkey, Head of Department Bartosz Przywara and Delegation Agriculture Sector Manager Leyla Alma, Experts of IPARD Managing Authority, General Coordinators and experts of Agriculture and Rural Development Support Institution, National Authorizing Officer and Audit Authority Officials from the Ministry of Treasury and Finance, Representatives of official institutions/organizations and relevant Non-Governmental Organizations participated in the meeting
. Dr. Osman Yıldız, Chairman of the IPARD Management Authority, delivered speeches to inform the participants about the studies and the process carried out within the scope of IPARD III Preparations. He also said that the official studies initiated by Turkey in response to the Green Deal were initiated with the Circular that entered into force on 16 July 2021 with the signature of the President, and that the "Green Deal Working Group" was formed, which included 9 ministries, and the "Green Deal Action Plan" was set forth. Stating that in the Action Plan, current strategies are defined in areas such as renewable energy, circular economy, energy efficiency, sustainable agriculture, which are also sub-titles of the European Green Deal, he said that the Ministry of Environment, Urbanization and Climate Change was established due to the importance we attach to the subject as a country
. He noted that most of the key actions under the Green Deal, such as creating a healthy and environmentally friendly food system, protecting the ecosystem and biodiversity, are related to agriculture and rural development; and the IPARD Program have become linked to the goals of the Green Deal, and the Green Deal objectives have been taken into account while preparing the IPARD III Programme. energy and circular economy type investments in agricultural enterprises will be encouraged and higher grant support will be provided to these investments. Within the scope of the implementation of the IPARD II Program, presentations were delivered by the Management Authority on the IPARD II Programme change, Promotion activities, Agri-Environmental measure, LEADER and National Rural Network studies, the activities carried out within the scope of the 2021 Technical Assistance Measure and the 2022 Technical Assistance Action Plan. Besides, a presentation was made by the officials of the National Authorization Officer to the members of the monitoring committee for informational purposes
. The 12th IPARD Monitoring Committee meeting, which was held with the participation of representatives of the European Commission and the Delegation, ended with good intentions and wishes and the decision to hold the next meeting in June 2022
. ;

Photos and Videos Related to This Event 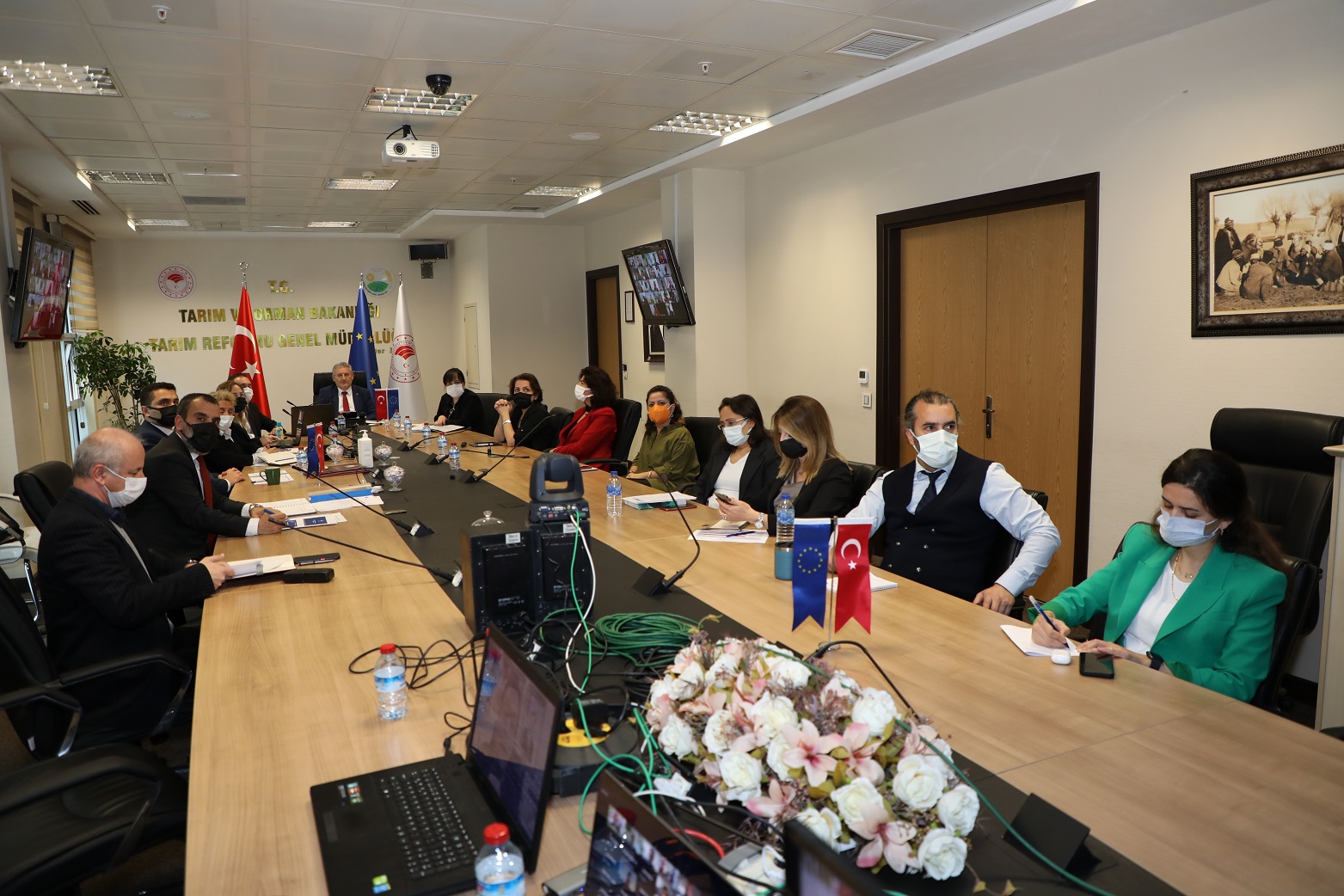 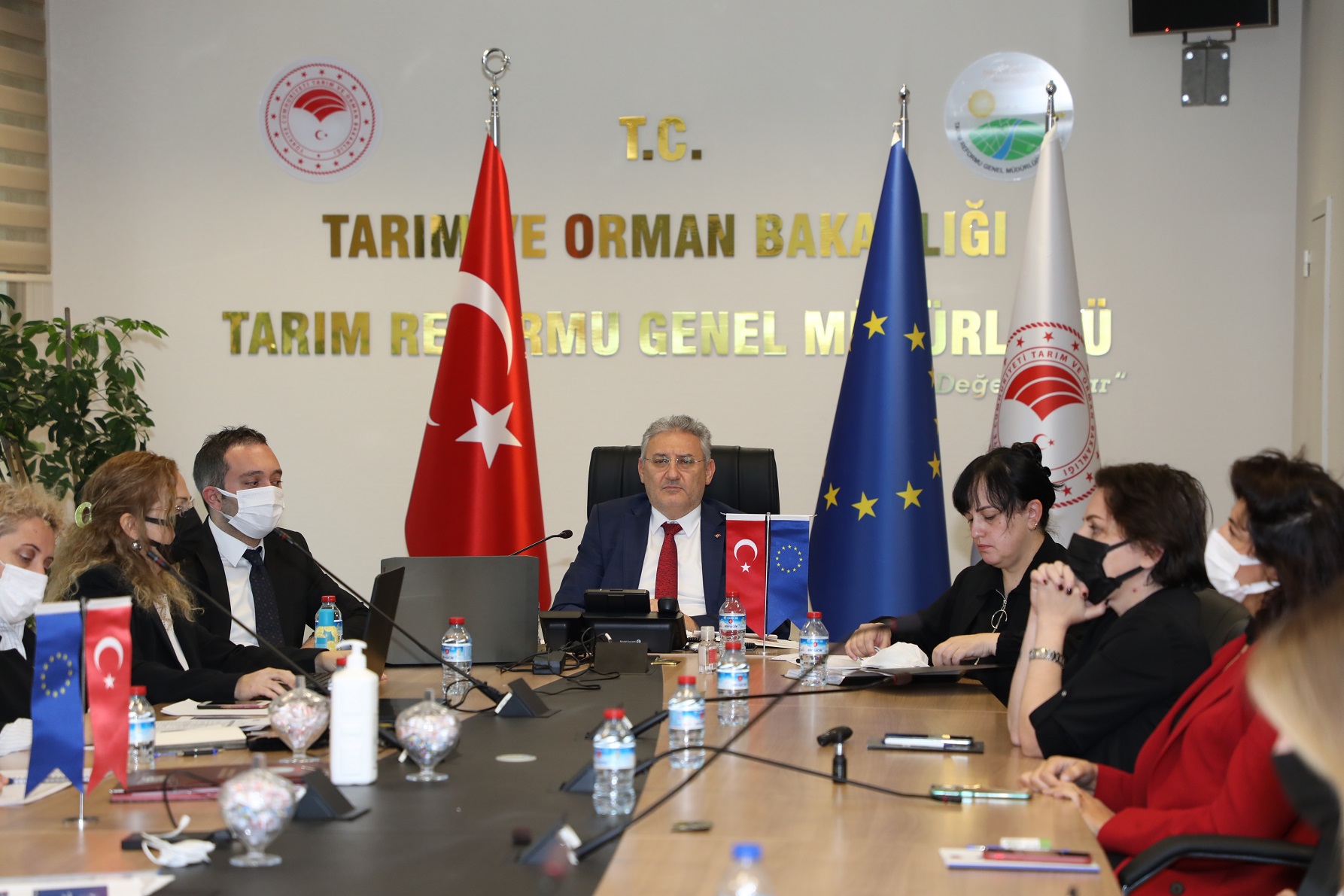 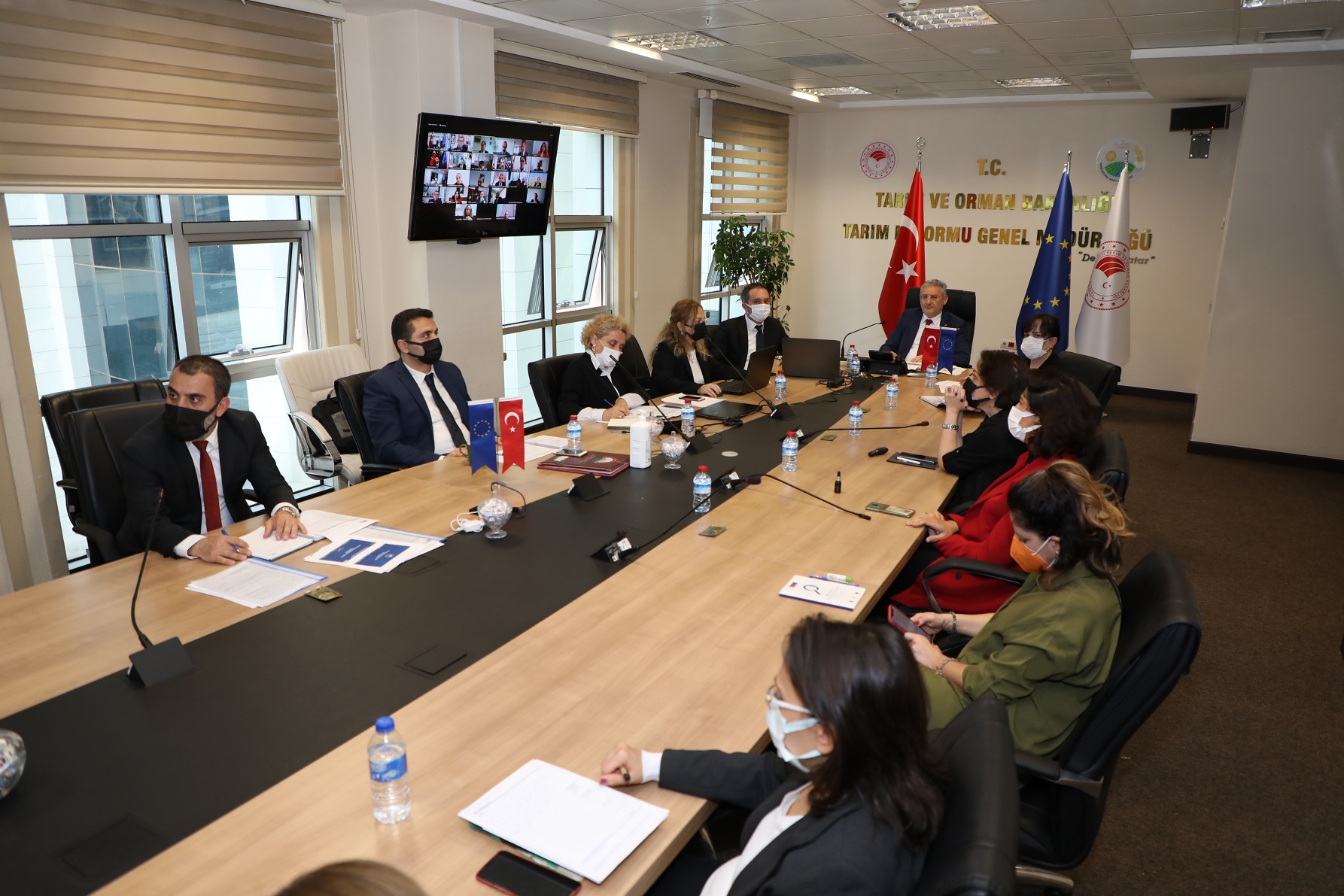