The staff of the General Directorate of Agricultural Reform, acting as the IPARD Managing Authority, conducts field visits to Local Action Groups supported within the scope of the IPARD Program’s LEADER measure. The purpose of the field visits has been is obtaining information about the work of the previously established LAGs, and informing the LAGs that were recently approved within the scope of the 12th Call for Applications for Local Development Strategies about the roadmap. In addition, these visits aim to accelerate the work of LAGs in the field by strengthening their ties with their stakeholders
.In this context, Özge TEKIN, A. Head of Department for the Department of Managing Authority for EU Structural Adjustment, visited our Diyarbakır Provincial Director of Agriculture and Forestry, Mr. Mustafa Ertan ATALAR, and ARDSI Provincial Coordinator, Mr. Hikmet GÜNEŞ, at their offices in Diyarbakır on October 17, 2022 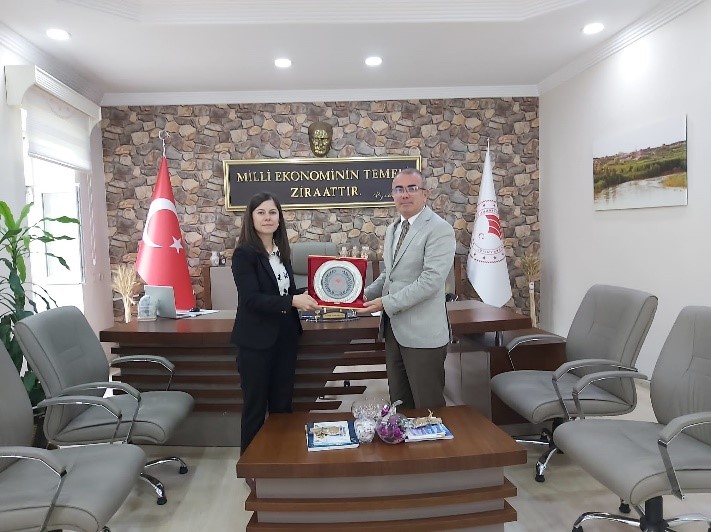 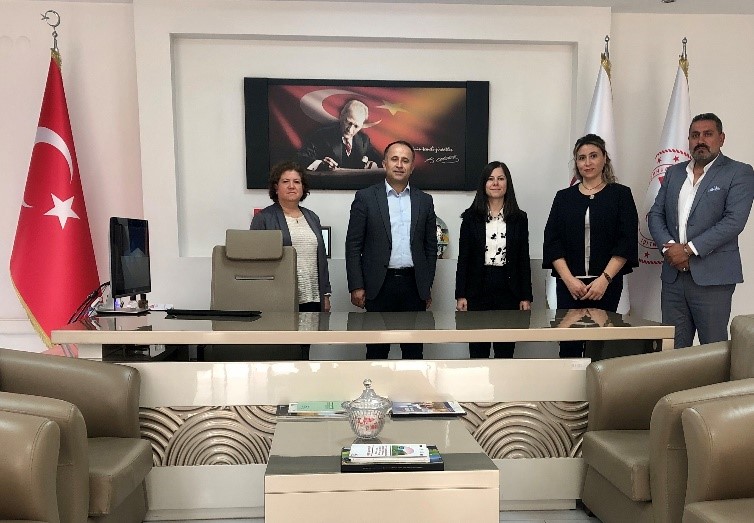 Then, the delegation headed by Mrs. TEKIN, consisting of representatives of the Diyarbakir Provincial Directorate and the ARDSI, visited the Çınar Zerzevan Castle, Çermik – Çüngüş, Dikkad, Hani, and Eğil LAGs in their offices. 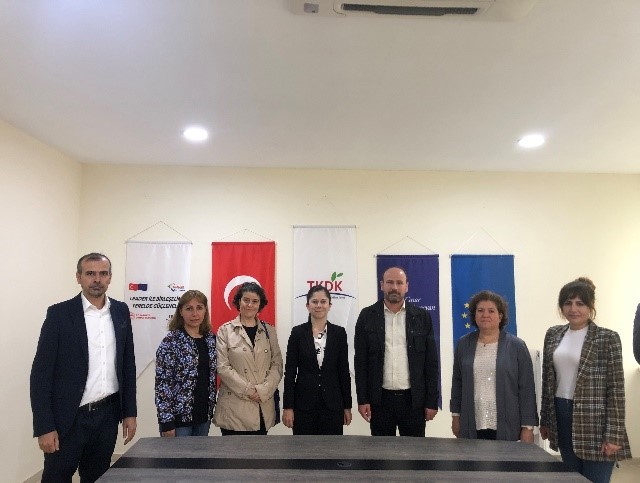 Mr. M. Cevat DELIL, founder of Çınar LAG stated that they organized vocational trainings in 2022, received support from GAP International Agricultural Research and Training Center in this context, and worked towards increasing the added value of the leading agricultural products of their district. He stated that their aim was to increase the visibility of LAG by organizing a festival in the district, and that they organized various sports competitions for young people in order to make the countryside more attractive to young people.
He also stated that they shot a promotional film for the promotion of the historical heritage of the district and the dissemination of rural tourism in the region. Mr. M. Cevat DELİL, who stated that they also organized an award-winning painting competition for the Zerzevan Castle, which has become the symbol of the district, also noted that they are planning entrepreneurship trainings for women and youth. 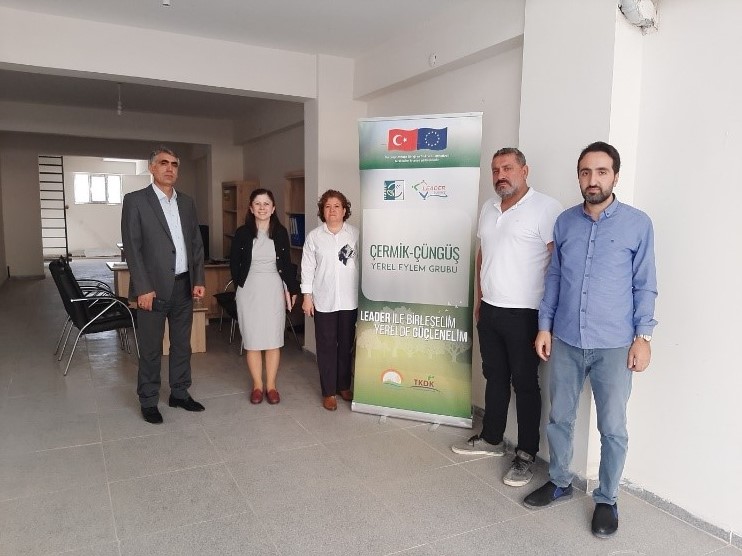 Ahmet BÜYÜKBAYRAM, Director of Çermik – Çüngüş LAG stated that they built a condolence house and a playground in Çermik and Çüngüş provinces in 2022, they organized trainings for women's cooperatives, they carried out activities for the promotion of Çermik pepper, which had a geographical indication, and continued efforts to market the products that became the symbol of their district. 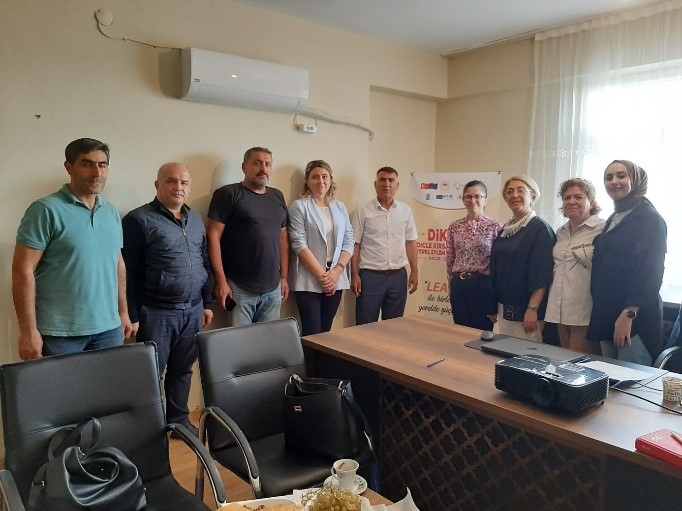 Dikkad LAG Director Mr. Rıdvan BAL stated that they organized trainings for the development of organic agriculture, marketing and vocational acquisition in Dicle district; in order to increase the added value of almonds and walnuts, which are widely produced in the district, coating and packaging machines were purchased and offered to the people of the district; they set up a website to sell products that are the symbol of the county; they carry out studies for the establishment and strengthening of non-governmental organizations.
Emphasizing the importance of keeping the pulse of the people living in rural areas, Mr. Rıdvan BAL noted that they frequently collect requests from the field to direct the LAG activities with the slogan "What does my villager want?" 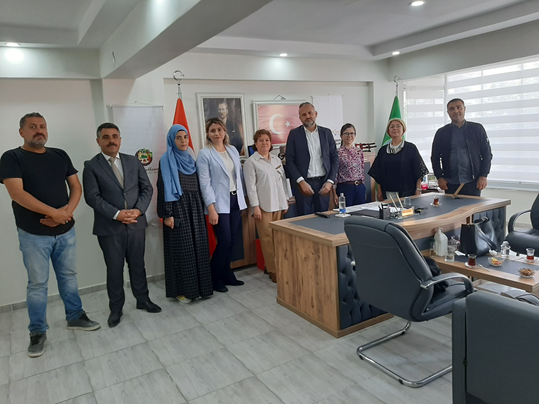 Hasan Mirza KAYHAN, founder of Hani LAG, whose YKS has just been approved, emphasized that they will focus on education and work for schools in Hani district; in this context, he stated that they aim to buy boots, coats and books for students. Commenting that they will work closely with women's cooperatives, Mr. KAYHAN noted that they will listen to the needs and demands of women in the district from the women themselves and that they will prioritise these demands through the female members of the Board of Directors 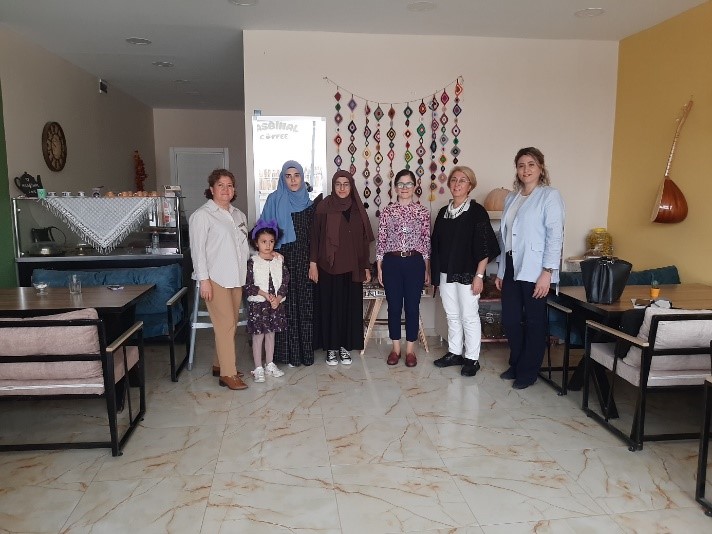 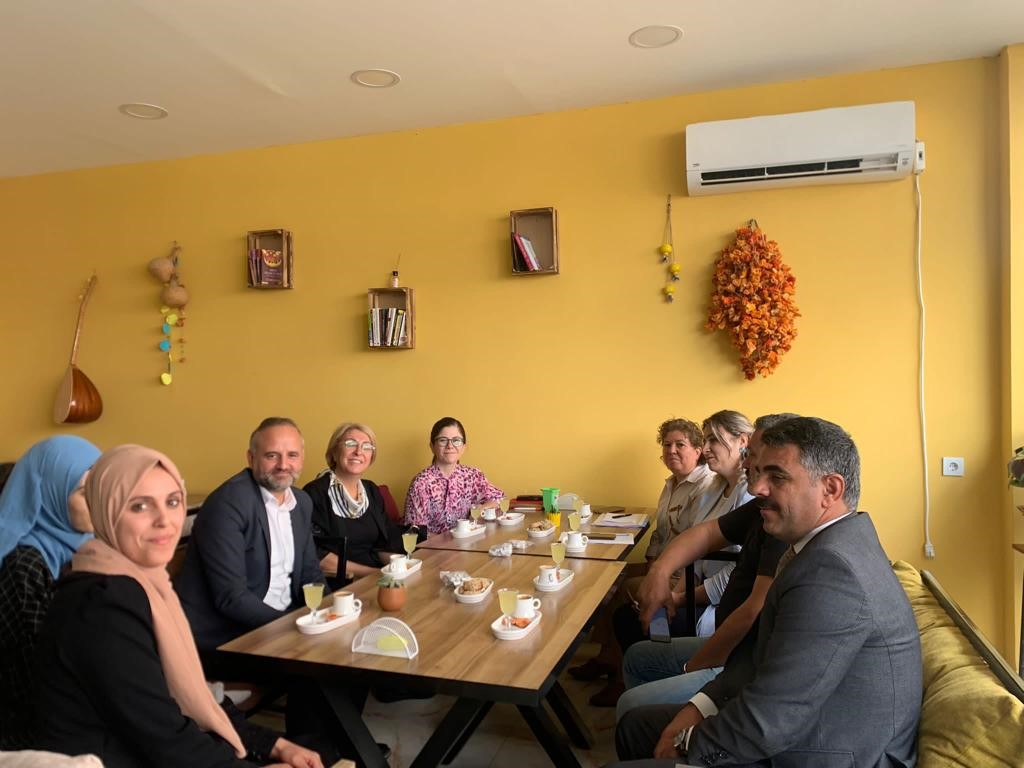 There is a special cafe for women named “Hasbihal Cafe” in Hani district. The purpose of the space established within the Hani Women's Cooperative is to create a social space for women in the district and at the same time to sell the products produced by the women of the district with manual labor. Hani Women's Cooperative members hosted the Ministry delegation at Hasbihal Cafe and provided information about their plans for the future. 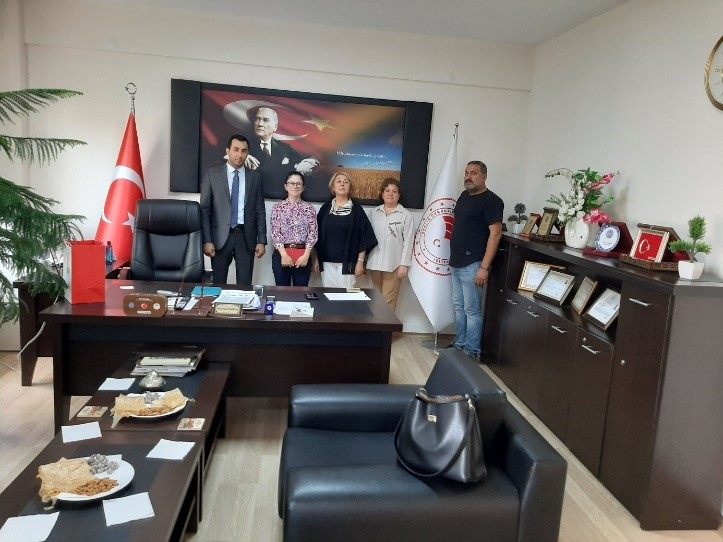 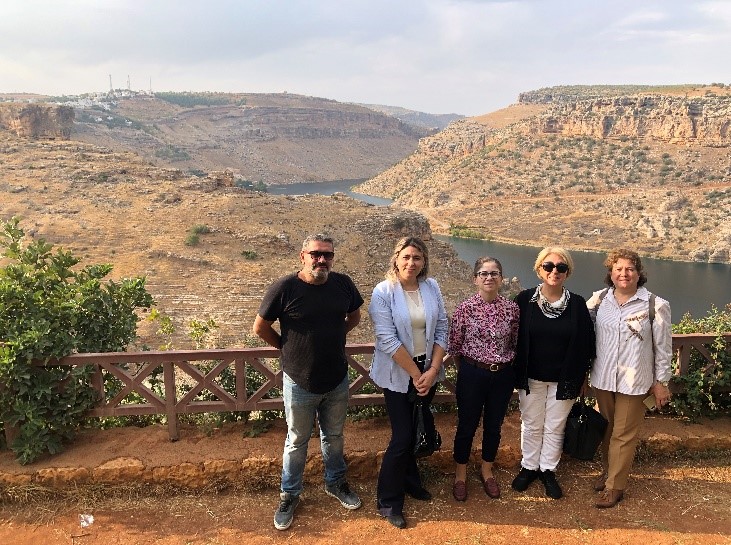 Necip Suat DEMIRBAŞ, the founder of the Nebiler Vadisi LAG, whose Local Development Strategy has just been approved, emphasized that faith tourism is essential for the Eğil district by the Tigris River, which contains the Tombs of the Prophets, and stated that the activities being carried out to promote the district would be strengthened with the LEADER measure. Noting that studies will be carried out to realize the potential of trekking, canoeing, parachuting, cycling and diving sports in the district, Mr. DEMIRBAŞ stated that they would work to increase employment in the district by providing vocational training for women and young people. 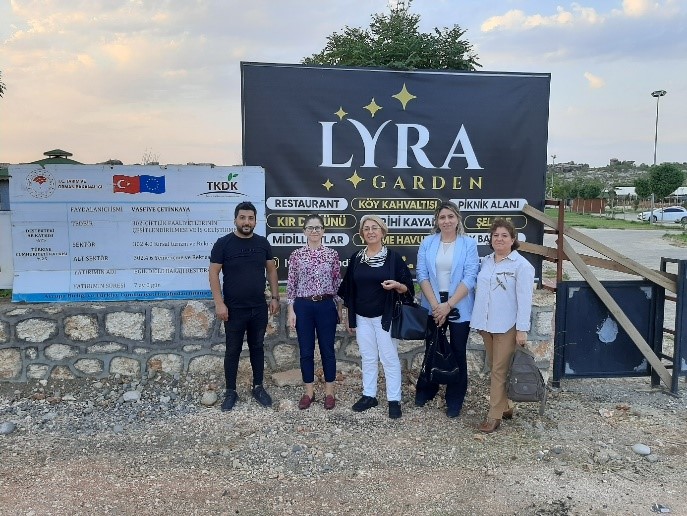 Within the scope of the visits, the business, which received grant support by benefiting from the IPARD Program, Diversification of farm activities and Business Development Measure, was visited and information about the business was obtained. The enterprise is located in Eğil district of Diyarbakır province.
Mrs. Özge TEKIN stated that the relevant institutions of the Ministry of Agriculture and Forestry will closely monitor the works during all visits and that efforts will continue to ensure smooth communication between stakeholders. Following their visit to Diyarbakır province, the Managing Authority officials moved to Şanlıurfa province to make contacts with LAGS. ; News Date: : 18 / 10 / 2022
News Category: : 2